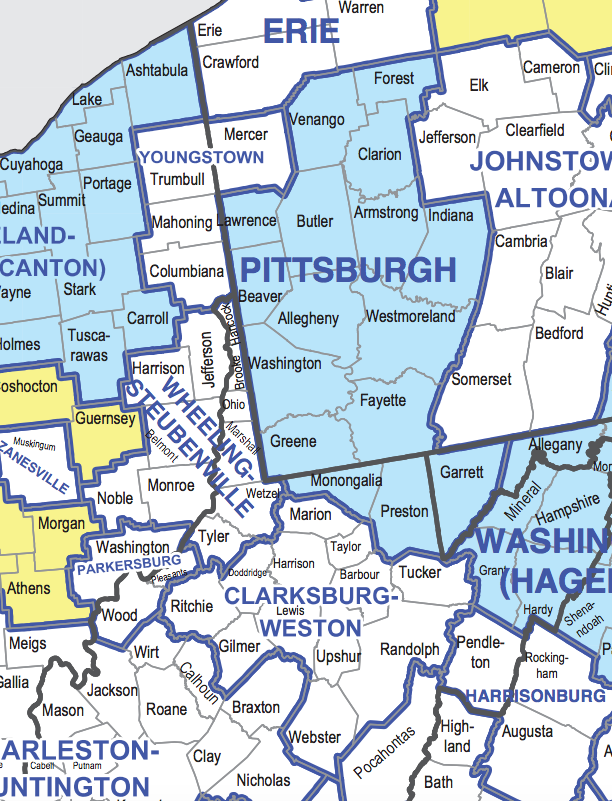 I hadn’t done this in a while, and since I was having problems with some channels on the tivo, I needed to get the exact frequency that was having the problem. So for those who care, here are the current Comcast Channels in the Morgantown Area with their Frequency allotments, Comcast Channel, real RF channel, and if ClearQAM that as well. Each file is sorted by either Comcast Channel number, RF channel number or frequency.

The current ClearQAM channels are:

Spent the other night updating the list. It now seems that if you are using a cable box in the Morgantown area, it uses QAM for every channel on it. The only way to see the analog channels is to connect the cable directly to the TV. This is just them getting one step closer to requiring a cable box for every tv in the house. The only channels that will be left will be the local broadcast type channels. So here is a list of channels that I was able to determine what frequencies and qam channels they are on:

It is sorted by the frequency in case you are wondering why stuff is “out of order”.

I am not sure why they decided to put all the locals on Analog, HD and SD. But I have a feeling I know why… I just wish they would make the cartoon network in the clear.

Found out that the problem with my TVGOS on my one TV is that KDKA doesn’t seem to “know” about Morgantown’s zip codes. So I sent them this tonight, will see what happens or if I even get a response:

Hello,
Currently I have a TV that uses Macrovision’s (Rovi’s) TVGOS system to display the TV Guide program guide. When the signal was coming from the analog WNPB PBS Station in Morgantown WV everything seemed fine. However now that I get the signal from your station on Comcast Cable in Morgantown, the TV can never find the listings for Morgantown. I found that if I put in the zip code as 15222, it will display the comcast info for Pittsburgh, however that information is not correct for Comcast in Morgantown. Is there any way you can add Morgantown’s zip code and channel info to what ever transmits that data? Specifically 26505 or 26501.