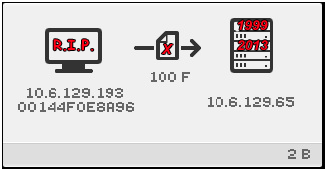 Havn’t really posted anything Solaris / Unix related in a while, but Oracle gave me a reason to do so today. They released Solaris 11 Express today. So like any “Sun Geek” I downloaded all the different installers; text, automated, live cd, and the full ips package stuff. First up on the install was the text based installer. Needless to say if you are used to the old Solaris text based installer, this one is almost 100% different. The colors are different, there is next to no customization of the install (you can’t do any network config other than auto(dhcp) or none), can’t pick what Filesystem you will use for root (glad I started doing all zfs roots a couple of months back.)

Some of the things I have noticed:

1. Sudo is now installed, and the first user you create (during the install) is automatically given full “root” access via sudo.

3. There is a new /usr/gnu structure that has a lot of the GNU based commads, one cool thing [date “+%s”] now works and prints out the date since the EPOCH.

4. $PATH has /usr/gnu/bin:/usr/bin:/usr/sbin:/sbin by default. Which means doing an ls -la looks different than when using the /usr/bin/ls -la. This means it may break scripts ….

5. It seems that when installing in a VMWare environment (I was using Fusion at the moment and will try with ESX later this weekend) that on the first reboot, it will hang indefinitely. You have to do a force reboot or shutdown and restart to get it to “boot”

6. The graphical startup is sort of cool, but it “hides” all the boot messages unless you hit a key to show them

7. cc and gcc are NOT installed by default. 🙁

9. Secure by default is enabled

10. IPfilter is enabled by default (no rules though)

that is just a few.. more later.

See the What’s New doc for more info and the Release notes.

I began setting up my new sun server and san at home the other day.. (Picked up a Sun V20Z and a Sun T3 SAN Disk array very cheap)… Because I am going to be doing some IPv6 testing as well, I installed a Sun Gigaswift (aka Sun’s ce, Cassini Ethernet) card in to the machine along with the fibre channel card. I put the VMWare vSphere 4i cd in and went on with the install. But didn’t really pay attention that it did not see the CE card, just the two broadcom cards.. So I went ahead any ways thinking I will fix it later. But it seems that there is no drivers on the interweb for the Sun CE card for vmware? If any one knows of a place to get them let me know? Otherwise I will have to find a new card to use in it’s place.

Not sure how I feel now that Sun is no longer Sun. Kinda weird watching the Oracle web cast of their purchase of Sun and what is going to happen. One thing I can’t understand is they are all wearing badges saying “We’re Hiring!”. But yet they let go SO many good Sun employees. I just don’t think it is going to be the same old Sun that I have used since 1994.

Started installing the Sun Ray 5 Early Access software tonight. Some things I found so far that weren’t where I thought they should have been in the wiki docs:

2. It needed apache tomcat installed, this is for the admin gui.

Unfortunately I only got as far as getting it installed. I was testing it in a Solaris VM machine on my Mac, however I was having problems getting it to bind to the second ethernet interface. So that will be for later.